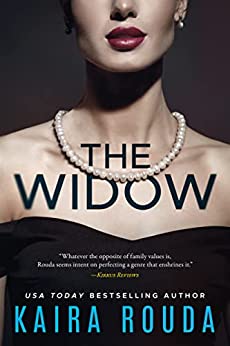 A husband with secrets. A wife with no limits. A riveting novel of marriage, privilege, and lies by Kaira Rouda, the USA Today bestselling author of The Next Wife.

Jody Asher had a plan. Her charismatic husband, Martin, would be a political icon. She, the charming wife, would fuel his success. For fifteen congressional terms, they were the golden couple on the Hill. Life was good. Until he wasn’t.

Martin’s secret affair with a young staffer doesn’t bother Jody personally. But professionally? It’s a legacy killer. Soon a reporter gets word of this scandal in the making, and Martin’s indiscretions threaten to ruin everything Jody has accomplished.

When Martin suddenly dies, it’s a chance to change the narrative—but the reporter won’t let go of his lead. As the balance of power shifts in the Asher house and on the Hill, it’s time for Jody to take control. And there’s nothing the ruthless widow won’t do to secure the future she’s entitled to. Even if she has a secret of her own.

“A deliciously diabolical take on marriage, politics, and the lies that bind.” —Library Journal

“[A] wild mix of intrigue, secrets, and corruption.” —Publishers Weekly

“What happens when ‘the woman behind the man’ has a dark secret of her own? Slick and rocket-paced, The Widow by Kaira Rouda is a top-notch political thriller. With hairpin twists and turns, insider knowledge, glamorous settings, and a whole cast of untrustworthy characters, Rouda expertly ratchets the tension, keeping her readers breathlessly turning the pages. And the deliciously devious Jody Asher is as cold and calculating as she is riveting. A captivating read!” —Lisa Unger, New York Times bestselling author of Secluded Cabin Sleeps Six

“The Widow pulls back the curtain to reveal an insider’s look at the fascinating and duplicitous world of D.C. politics. This stunning page-turner has a cast of characters with dangerous secrets and hidden motives. Rouda’s best so far!” —Liv Constantine, internationally bestselling author of The Last Mrs. Parrish

“Known for her fiendishly cagey characters, Kaira Rouda introduces readers to her most diabolical cast to date in the cleverly crafted The Widow. Tense, sharply written, and ticking with suspense, The Widow is a killer edge-of-your-seat thriller with an eye-popping glimpse into D.C. politics and simmering grudges. Rouda is at her best with this devilishly smart novel that kept me guessing to the very end. Clear your calendar, you don’t want to miss one scintillating minute with The Widow.” —Heather Gudenkauf, New York Times bestselling author of The Overnight Guest

“Kaira Rouda is back with another delicious and darkly comedic tale, this time pulling back the curtain on the glamorous and backstabbing world of Washington politics. Rouda takes her readers into the heart of a messed-up marriage, where scandal threatens to sap a congressman’s re-election campaign. Packed with juicy secrets and intrigue, The Widow is a propulsive, unputdownable tale of a couple’s battle for power, and an incredibly fun ride.” —Kimberly Belle, internationally bestselling author of My Darling Husband

“With her signature dark wit and clever insights, Kaira Rouda takes us deep into the fascinating world of power and politics, where ambition and manipulation rein, and shameful secrets become weapons. The Widow is a breathless page-turner with a ruthless and conniving protagonist that you can’t help rooting for. This might be Rouda’s best book yet!” —Robyn Harding, bestselling author of The Perfect Family

“Kaira Rouda is on top of her game with her latest thriller, The Widow, a suspenseful tale filled with backstabbing page-turning goodies: Capitol Hill shenanigans, manipulative lobbyists, adulterous politicians, opportunistic interns, and dirty backroom deals. In other words, Welcome to Washington D.C.—a place where the secrets have secrets. Rouda’s ‘I’m not a bitch, you’re a bitch’ protagonist is an overly seasoned ‘supportive’ Congressional spouse living her best life in the Hallowed Halls of Congress…until that lifestyle is threatened. Then lookout: Rouda will come at you with zingers and power plays, giving the cold-hearted Widow her veil of opportunity, proving repeatedly that it is the political spouse who wields the REAL power on The Hill, and she has no intention of letting go.” —Lisa Barr, New York Times bestselling author of Woman on Fire

“Gripping and brimming with insider intrigue, The Widow delivers with each scandalous, suspenseful page! With a main character I loved to hate, this story has all of the twists and turns readers have come to expect of Kaira Rouda. Grab your copy and get ready to tear through The Widow faster than a pile of unmarked bills.” —Elle Marr, Amazon Charts bestselling author of Strangers We Know

“I tore through this book in two breathless sittings. With The Widow, Kaira Rouda has given us a political thriller that’s ingeniously structured and packed full of razor sharp observations about the machinations of Washington power couples. It’s smart, timely, and wickedly fun. You won’t be able to put it down.” —Grant Ginder, author of Let’s Not Do That Again and The People We Hate at the Wedding

“In The Widow, Kaira Rouda perfectly captures the experience of being a Congressional Spouse and all the complicated intricacies of that lifestyle and then adds her signature flair to make it a riveting story that only she could tell. It is impossible to put down.” —Lacey Schwartz, filmmaker, former congressional spouse, and Second Lady of New York 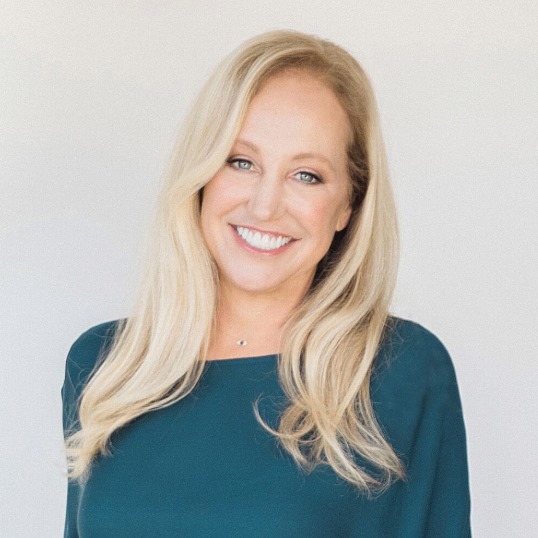 Kaira Rouda is a USA TODAY, Amazon charts, and international bestselling, multiple award-winning author of contemporary fiction that explores what goes on beneath the surface of seemingly perfect lives. Her domestic suspense novels include BEST DAY EVER, THE FAVORITE DAUGHTER, ALL THE DIFFERENCE, THE NEXT WIFE, and SOMEBODY’S HOME. Her latest novel is THE WIDOW. BENEATH THE SURFACE will be out in September, 2023. To date, Kaira’s novels have been translated into more than ten languages.

Follow The Link Below To Purchase “The Widow Kindle Edition”