The Angel Talk! – Positive Reflection Of The Week

The Angel Talk: What Is An Angel? – Submitted by Shahwana

“Every visible thing in this world is put in the charge of an Angel.”- Saint Augustine

There are many stories and testimonials from people who have encountered angels. They’ve been helped, guided or protected by the angels, especially when stuck in a difficult or dangerous situation.

But What exactly is an Angel?

If we go by theological definitions, an angel is a non-physical being mentioned in various religions and mythologies. They do not belong to any sect or religion and are considered genuinely non-denominational.

People are commonly aware of some of the tasks of angels, which include protecting and guiding human beings. On a grander scale, they are also responsible for carrying out universal and planetary tasks. You may have come across the terms “lords of water, fire, wind and directions” – these can be understood as angels working in a senior position with greater power and responsibility. They may be thought of as agents for, or even engineers of, the fundamental forces of nature.

A bit of Angelic History

The word angel in English is a blend of old English “Engel” and old French “angele”. These are derived from Late Latin “angelus”, meaning messenger, that is taken from Late Greek.

In Hebrew, mal’āk̠’ ĕlōhîm means messenger of God while in Arabic, they are called Malak. Hindus use the term deva to refer to angels.

Daniel is believed to be the first biblical figure to refer to individual angels by name, mentioning Gabriel (God’s primary messenger) in Daniel 9:21 and Michael (the holy fighter) in Daniel 10:13.

In Zoroastrianism, there are different angel-like figures. The Amesha Spentas, who are the six divine beings created by Ahura Mazdā (“Wise Lord”) according to the Gathas of Zarathustra, function as “archangels” and are considered as such in Middle Persian Zoroastrian writings.

How do Angels Look and Work?

The angels are also undergoing their own cycle of evolution and reaching higher standards of perfection. They are our fellow citizens on Earth and in the Solar System and should be thought of as less material beings. Like us, they are also born of the same parent and are divine in their origin. We are both travelling towards the same goal, which is union with God and perfect manifestation of divine attributes.

Angels differ from ourselves in many characteristics, mainly in not having a physical body. Usually, this makes them invisible to our ordinary sight. The matter which forms their bodies is super subtle compared to ours, and therefore their vibrational frequency is invisible to our visual spectrum. Our eyes cannot physically see them.

According to Geoffrey Hodson, “The various kingdoms of nature are their field of evolution. They’re found amidst nature – in the woods, by the flowers of the meadow and the garden, in water, in air, in fire, in earth, as well as associated with the metals and jewels of the mineral kingdom. Wherever the divine life is manifest, there are God’s faerie children, the nature-spirits, and their elder brothers, the angels, who are shining and beautiful embodiments of his life.”

Although they have no physical body, they certainly have a bodily existence. Their forms are creations of light. The material is self-luminous, and every atom of their being is a glowing particle of light. The form they use closely resembles our own. In fact, it’s modelled upon the same structure as the basic human form.

The appearance of angels is always remarkable to human eyesight because of the way their energy keeps flowing in and out of their bodies and their glowing auras. The powers which they control and manipulate are continually radiating from them, producing a continuous flowing appearance of miniature “northern lights.”

Distinct force centres, vortices, and certain clearly defined lines of force are visible in their bodies. Definite forms are produced from their aura, which sometimes suggests a crown upon the head or outspread wings of brilliant and ever-changing hues.

How to Communicate with Angels?

Some people think angels are messengers who come from God to us only on significant or critical occasions. However, “angels are always with us; that they not only come to us on important occasions but are always within our reach.” – Geoffrey Hodson.

Angels can be invoked for healing, guidance, help and protection whenever a person is in need. Although Angels are there to help and protect, based on the concept of Free Will, they do not interfere with one’s free will.

There are many means and methods of asking for their help, including verbally, mentally, writing, or visualization. It doesn’t matter how we ask. What is important is our intention, as the angels respond to the “prayer of your heart.”

We may also recite an affirmation of gratitude, thanking the angels for resolving the issue.

Take, for example, a person suffering from depression. If we wish with all our heart to drive away the dark cloud and see the light of happiness shine out in him once more, we may think first of the qualities of courage and joy. Then we can invoke these qualities within the sufferer. We may strongly use our willpower to determine that the dark cloud shall be removed and replaced by joy.

Then we may invoke the angels of light and power to charge him with their radiant energy until he is full of light and happiness. We may additionally ask them to remain after we have ceased our prayers and ask them to sweep away depression, and thereby enabling the light of his own divinity to shine through him once more. In this way, the sufferer may be filled with courage, peace, and joy.

Another way of working with angels is through group meditation and blessing. In this way, angels can help improve a situation dealing with the whole world and humanity.

“Group meditation is always the most effective way of achieving these ends. Those who are one-pointed, and united in their aspiration to serve by these methods, may well form groups for this special purpose. Seated in a circle, they should direct their thoughts to harmony and unity, until they feel themselves and their angel co-workers to be one.” – Geoffrey Hodson

The Four Archangels of Cardinal Directions: 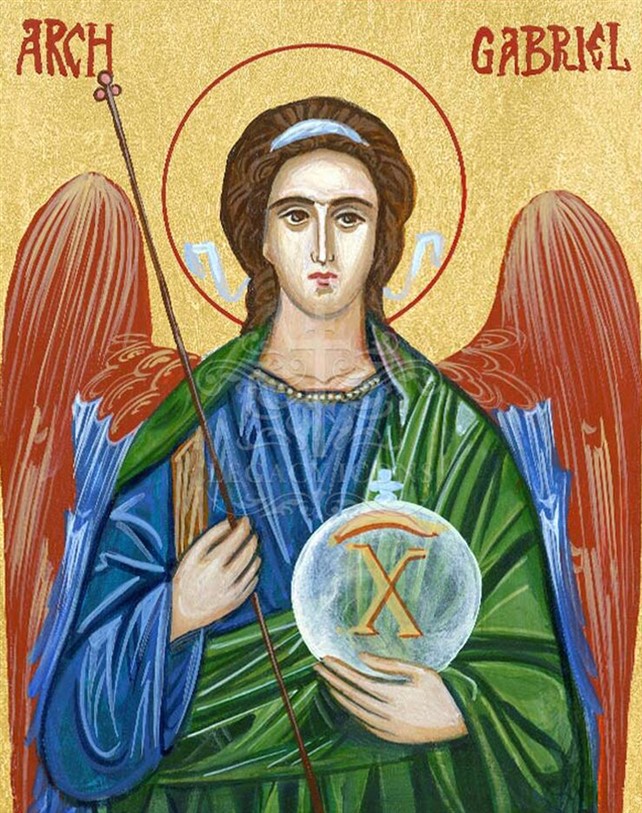 Among the many orders of Christian angels, Archangel Gabriel is linked with the processes of birth and death, especially for mortals with a high calling.

In Hindu tradition, Lord Kubera is known as the Lord of The North direction and is known to be the Lord of Wealth. 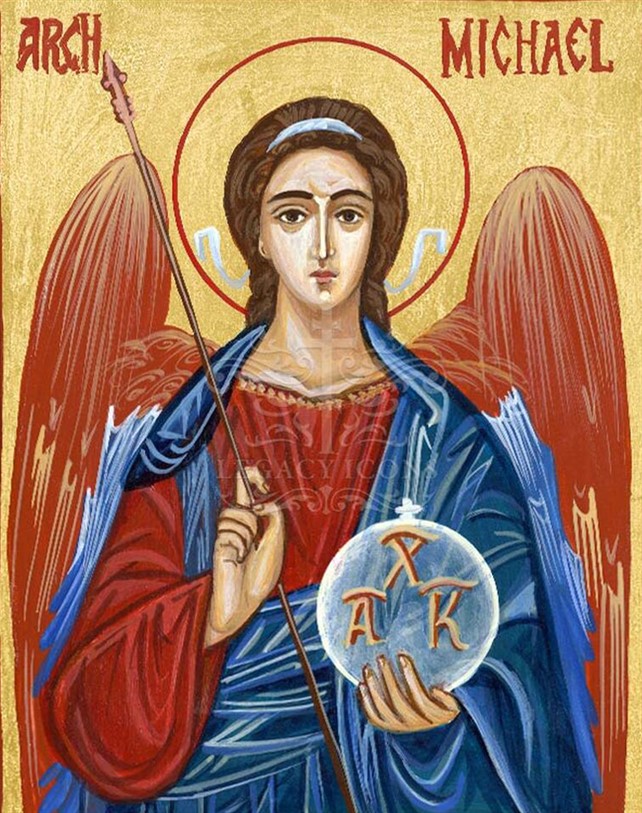 Archangel Michael is often pictured in battle dress, sometimes engaged in battle with hideous winged beasts. His angel legions surround him in a mighty effort to slay the elemental horde.

In Hindu tradition, the Lord of South Direction is Lord Yama and is connected with Death and Justice.

Madame Blavatsky notes that the archangels Gabriel and Michael correspond to the Hebrew Elohim and to certain orders of Dhyan Chohans. These Dhyanis are said to watch over and guide humanity’s great evolutionary journey, awakening full spiritual consciousness through many successive stages.

We are never alone, as individuals or collective humanity. The hierarchy of compassion is always near, ever vigilant, able to intervene when karmic law permits. 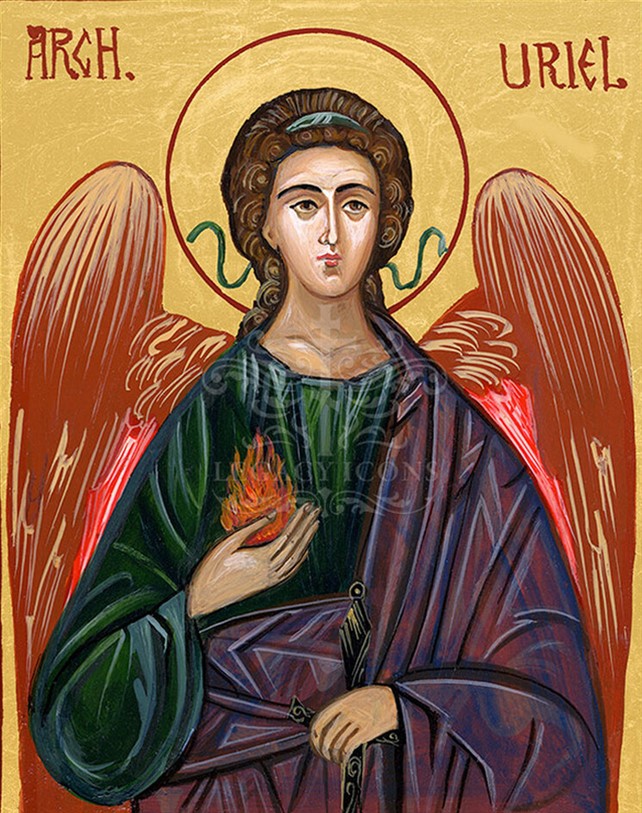 In the Book of Enoch, Uriel, the light of God, is one of the archangels who protected humankind from the Watchers (a group of fallen angels). Uriel illuminates our minds with information, ideas, epiphanies, and insights.

In Hindu tradition, Lord Indra is the Lord of East Direction and is believed to be the King of Heaven and the Lord of Lightning and Rain. 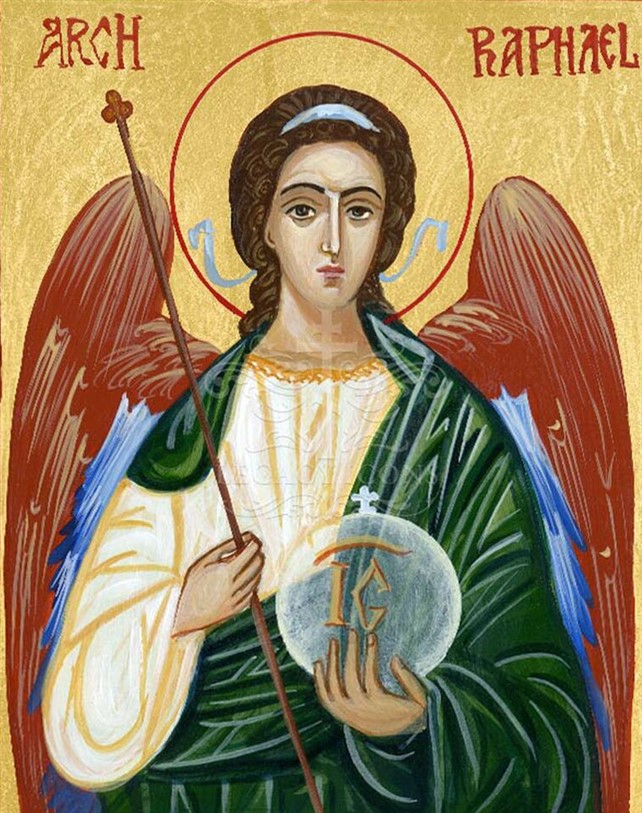 Raphael, in Hebrew, means “God Heals”, is an archangel of Judaism, Christianity and Islam, who performs all manners of healing.

In Hindu tradition, Lord Varuna is associated with West Direction. He is the Lord of Oceans. 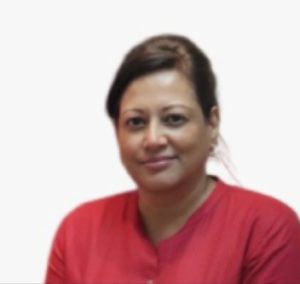