LOL Lounge By DPL- English-Hindi Comedy For The First Time In Kenya! 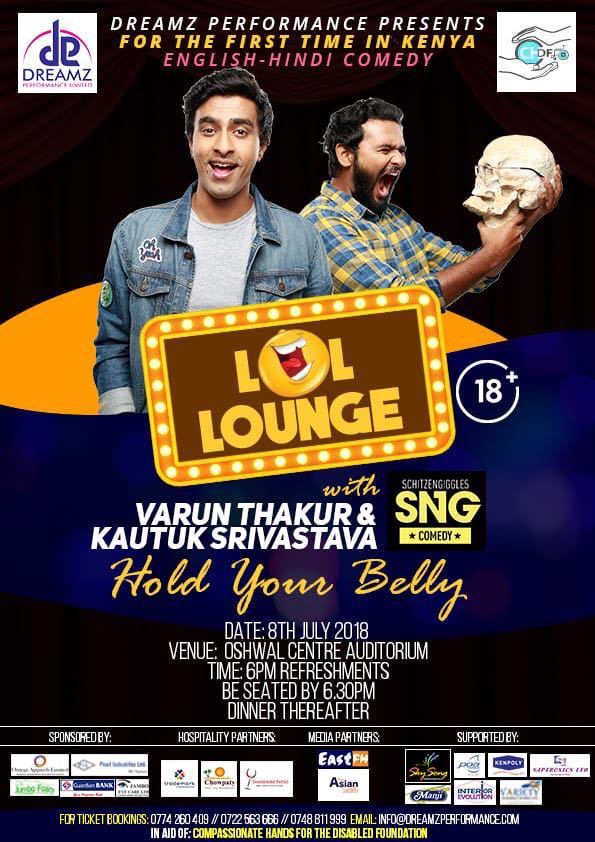 DPL’s first stand up comedy show branded LOL Lounge will be held on 8th July 2018 at the Oshwal Centre from 6pm onwards.

Varun an Indian comedian and actor known for his observational humour about life in India. He is the co-founder of Schitzengiggles Comedy group, a play on the phrase “Shit and Giggles.”

Kautuk also an Indian comedian who is known for his work on the MTV program Drive and My Cam. He is also recognised for being a member of the popular comedy troupe Schitzengiggles.

The show is a charity event in aid of ‘Compassionate Hands For The Disabled Foundation (CHDF).’ CHDF is a non governmental organisation serving more than 85 special needs children ranging from mental and physical disabilities.