H&S Chef Of The Month: Meet Chef Erik van Loo From The Netherlands 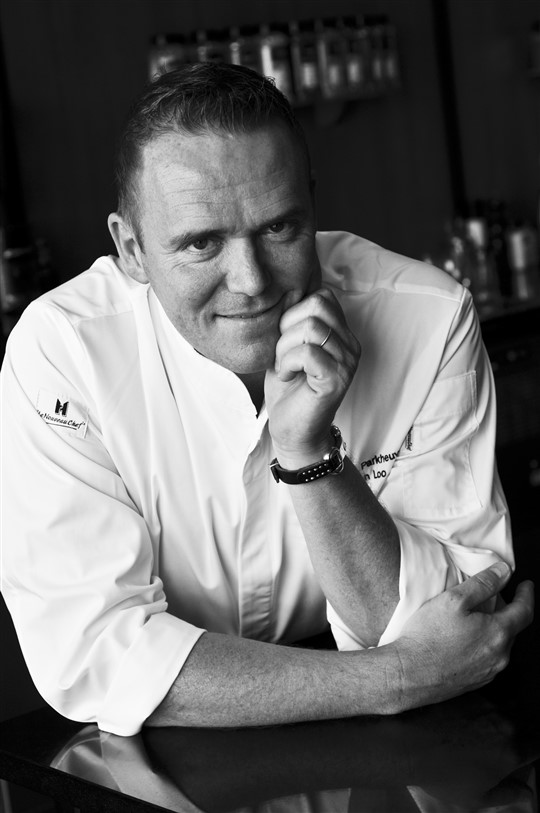 Who Is Erik van Loo?

Erik was born in Zuid-Limburg (most Southern part of The Netherlands), where he grew up as a butcher’s son in the village of Mechelen. After gaining experience at home and abroad, Erik started his own restaurant in Wijk bij Duurstede, “De Duursteder”, where he cooked his first Michelin star.

With a wonderful career, he has been Patron Cuisinier for 15 years and since 2006 owner of Restaurant Parkheuvel, awarded two Michelin stars.

In addition to the books “Smaak is Herinnering (taste is memory)”, “Straatvoer (streefood)” and “Soepen (soups)”, Erik has great success with his book “Sauzen (sauces)”. In the Netherlands he is now also known as the “Master of Sauce”. He has a wide range of Signature Dishes to his name over the years too.

The challenge to turn nature’s creativity into a digestible product. Making edible products from raw products that are Michelin star worthy.

During 2020 I would say that has been COVID-19 without a doubt. However, the biggest challenge in the culinary industry beside a pandemic is to constantly deliver quality over a long period of time. There are many factors that influence the quality, so the biggest challenge is to get the right people around you. Because you can’t do it alone.

When It comes To Cooking What Is More Important To You The Technique, The Ingredients Or The Creativity?

You forgot the most important thing: taste. 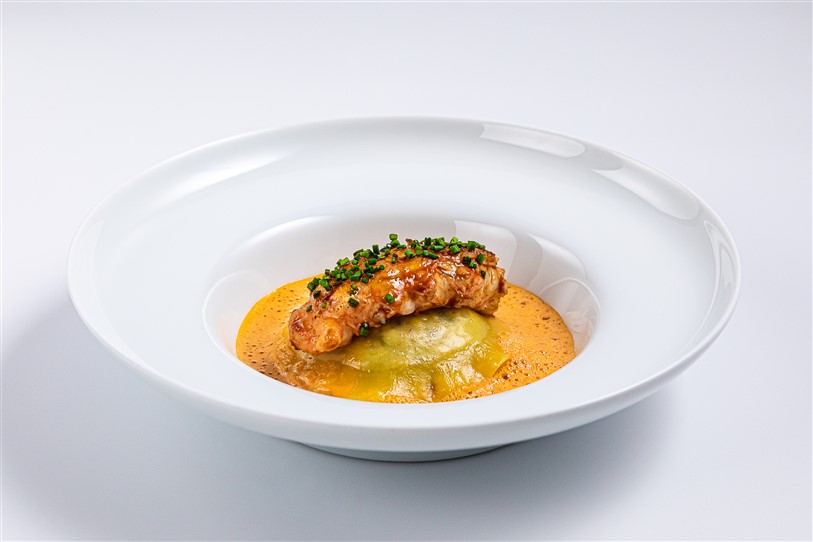 Cut the poulet noir in fine pieces. Fry the vegetables and the chopped shallot in oil. Add the chicken and deglaze with white wine and add the chicken stock. Leave the mass to rest and add the cream. Strain and reduce the mass, add some pepper and salt, truffle paste and truffle oil. Cool it down.
Put the wonton (pasta dough) on a cutting board, the mass on top of it & on the edges some egg yolk.
Cover with a second sheet. Make the ravioli round with a round springform.

Fry the washed and fine cut mushrooms in a pan with some oil. Spread the mushrooms over 4 plates. On top of the round base of mushrooms, serve the ravioli, which has been poached in water with oil and salt. On top of the ravioli add the lobster sauce, fried langoustine, and some poultry jus. To finish, add some finely cut chives.

Fry the bouquet with some thyme, laurel and the crushed shells of the lobster, flame the total mass in the pan with some cognac. Deglaze with white wine. Add the tomato purée and finish with some fish stock. Reduce until 1/3 is left over and add some cream, cook until thick and pass through strainer. Finish with some cream and butter, and flavour it with salt and pepper, Pernod and Noilly prat.