Long gone are the times when a mother was known to be the only important figure who took care of all the emotional and physical needs of a child. Nowadays, the number of single fathers has increased and this has shown how equally important a father’s role is in a child’s life.

The word father synonymous with dada, daddy, dad, papa and so on, is a special figure in a child’s life. He doesn’t give birth but does play a vital role in taking care of all the physical and emotional needs of his child and sometimes he may be playing the role of both a mother and a father until they come of age. It is important to note that according to psychologists, a strong bond between a father and his children is just as important as a mother for the kids’ mental, physical and emotional growth as well as well-being.

Children look up to their dads as their best friend and their superhero who they can trust and rely on, as they feel a sense of security knowing that their hero will protect them and have their back, no matter what.

1. Communication-  Traditionally fathers role was solely to be a breadwinner and the mother’s role was to take care of their kids and other responsibilities while the father was working. But with the changing times the father’s role has in actively raising a child has become more important if not as important as a mother and this has been proven with the rise in the number of single dads. For this reason, communication between a child and a father is as important as it was between a child and a mother.

2. Self-respect & Confidence- A father who supports not just monetarily but actively by being present in his child’s life plays a vital role in the healthy development of the child as well as in building a good sense of trust. According to research, girls with absent fathers, are believed to suffer from low self-esteem issues as well as have problems with their future partners due to lack of trust etc. The absence of their hero can also push children to seek attention, affection and affinity through other means. In other words, a father is more than just some biological bond and requires work and effort to establish a long loving and trusting relationship.

Remember bonding is a unique, special as well as a complex process, that takes time and patience & varies from father to father. It’s important to understand that bonding can’t be forced and that there is no magic involved for a paternal bond to form. With time and patience, love and care a paternal bond can be established, not just between a biological father and the baby but also between an adoptive father and the baby.

We wish all the fathers a very Happy Father’s Day! May the bond between you and your child/children remain strong forever! 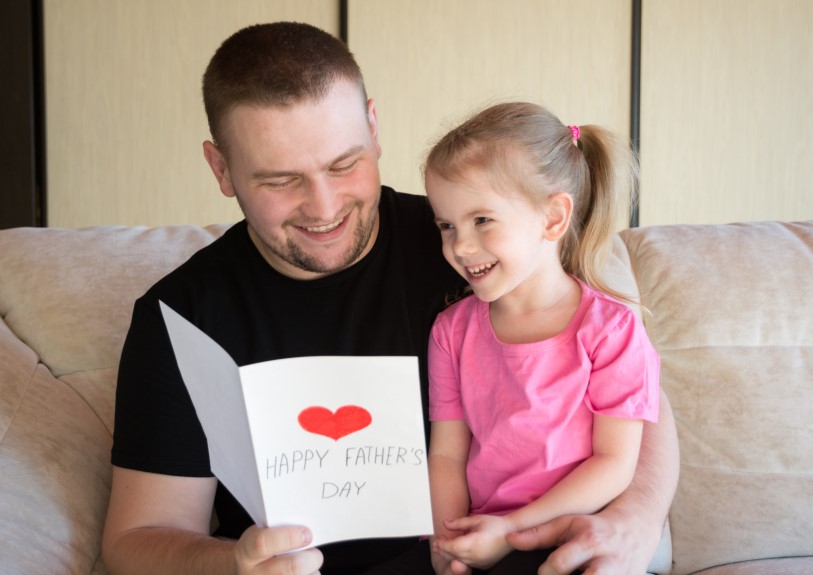