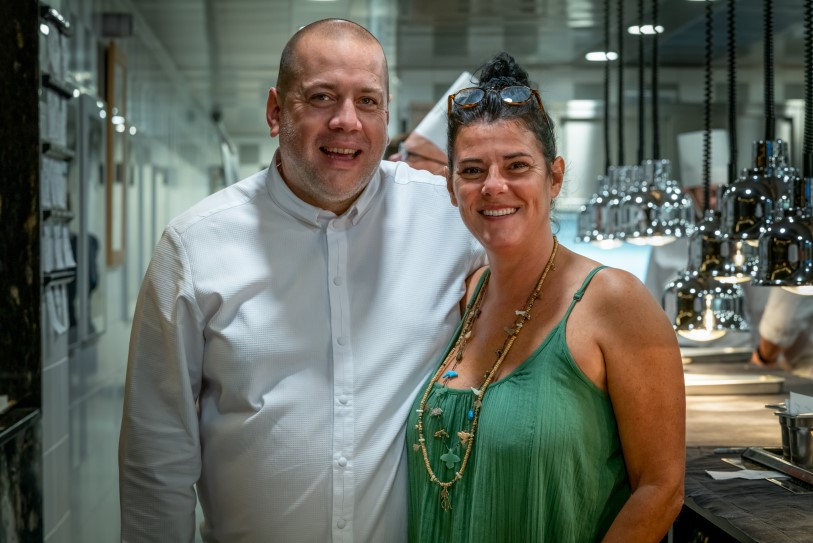 Each dish is inspired by a different champagne cru. To make this a success, you need to be in-tune with the calendar and know how to recall the different seasons and years, the grapevine’s pruning time, and the bad weather that all together create the particular features of this sparkling wine. You have to be respectful and unassuming; let the champagne do the talking. Starting with sharp and bitter accents, the flavours begin to harmonise and string together the different tastes from the fresh, vibrant produce, each one infused with the terroir’s own special character.

That’s the price you pay for emotion, fuelled by the sincerity of a chef who knows how to stay in-tune with the days and climates. 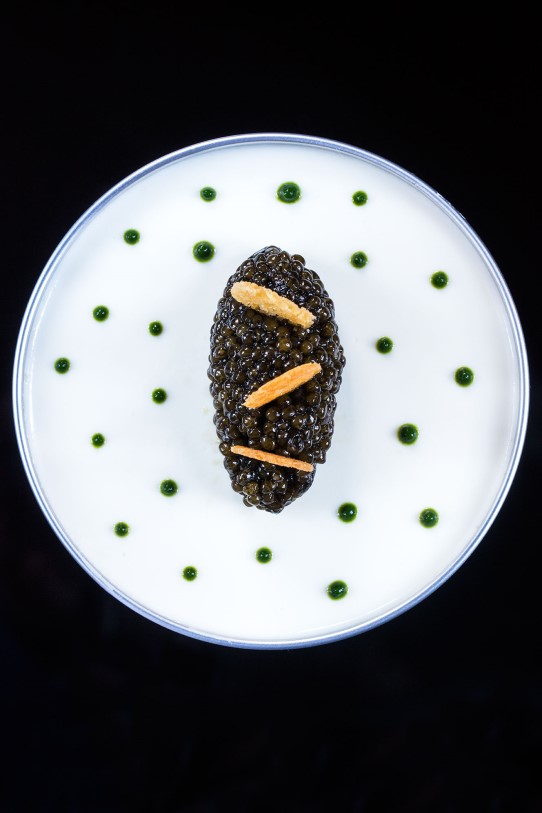 Peel and mince the red onion. Chop the chives. Heat the water. Meanwhile, immerse the gelatin sheets for a few minutes in very cold water to rehydrate them. Squeeze the gelatin with your hands before adding them to the hot water. Add the heavy cream, red onion, chives, salt, pepper and vodka. Mix and pass through a chinois(conical sieve). Using a 14cm cookie cutter, place a spoon of this preparation in the bottom of each plate. Leave to set in the fridge for 10 minutes.

Peel and cut the onions, potatoes, leeks and celery into pieces. Add in the butter & saute for 15 minutes. Chop the garlic. Cut the haddock into cubes. Incorporate these two ingredients into the vegetables. Add the stock, the cream and the milk & continue cooking for about 20 minutes. Mix and pass through a chinois. Immerse the gelatin in very cold water to rehydrate them. Squeeze the gelatin with your hands before adding them to the hot water. Let cool. Take the plates out of the refrigerator and pour over the chive cream & refrigerate again.

Peel and mince the onions & saute. Peel and finely cut the potatoes then toss with the onions. Add in the chicken stock salt and a pinch of pepper & cook for 20 minutes. Add in the milk and cream & continue cooking until it is reduced to 600g. Mix & pour into a siphon with a cartridge then refrigerate.

Blanch the spinach leaves for a few minutes. Drain & mix with a little water & pass through a chinois & pour into a pipette.

Take the plates out of the refrigerator. Using the pipette, place dots of green juice on the edge of each plate. Place a quenelle of caviar on the haddock jelly and place three croutons on top of the caviar. Serve the potato mousse at the table.