“Some say it breathes fire, spits poison, and roars through the mist as it carries off wayward sheep and children alike. Some say it’s just a myth…”

From J.K. Rowling, a warm, fast-paced, funny fairy tale of a fearsome monster, thrilling adventure, and hope against all odds.
Once upon a time there was a tiny kingdom called Cornucopia, as rich in happiness as it was in gold, and famous for its food. From the delicate cream cheeses of Kurdsburg to the Hopes-of-Heaven pastries of Chouxville, each was so delicious that people wept with joy as they ate them.

But even in this happy kingdom, a monster lurks. Legend tells of a fearsome creature living far to the north in the Marshlands… the Ickabog. Some say it breathes fire, spits poison, and roars through the mist as it carries off wayward sheep and children alike. Some say it’s just a myth…

And when that myth takes on a life of its own, casting a shadow over the kingdom, two children – best friends Bert and Daisy – embark on a great adventure to untangle the truth and find out where the real monster lies, bringing hope and happiness to Cornucopia once more.

Featuring full color illustrations by children from across the United States and Canada, this original fairy tale from one of the world’s most celebrated storytellers will captivate readers of all ages. 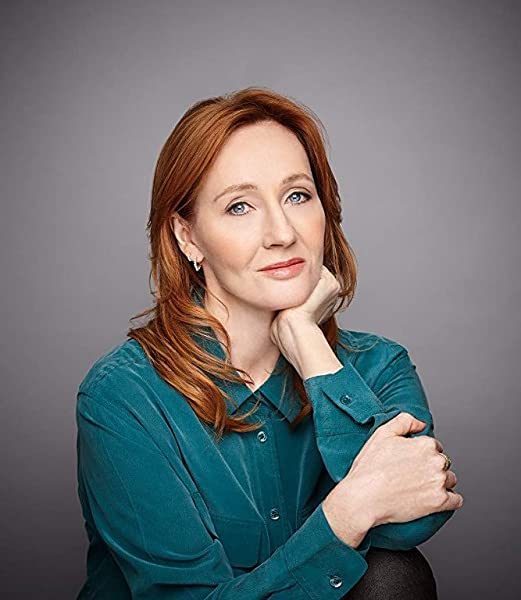 J.K. Rowling is best-known as the author of the seven Harry Potter books, which were published between 1997 and 2007. The enduringly popular adventures of Harry, Ron and Hermione have gone on to sell over 500 million copies, be translated into over 80 languages and made into eight blockbuster films.

Alongside the Harry Potter series, J.K. Rowling also wrote three short companion volumes for charity: Quidditch Through the Ages and Fantastic Beasts and Where to Find Them, in aid of Comic Relief, and The Tales of Beedle the Bard, in aid of Lumos. The companion books and original series are all available as audiobooks.

In 2016, J.K. Rowling collaborated with playwright Jack Thorne and director John Tiffany to continue Harry’s story in a stage play, Harry Potter and the Cursed Child, which opened in London, followed by the USA and Australia.

Both the screenplays, as well as the script of Harry Potter and the Cursed Child, are also available as books.

Fans of Fantastic Beasts and Harry Potter can find out more at www.wizardingworld.com.

J.K. Rowling also writes novels for adults. The Casual Vacancy was published in 2012 and adapted for television in 2015. Under the pseudonym Robert Galbraith, she is the author of the highly acclaimed ‘Strike’ crime series, featuring private detective Cormoran Strike and his partner Robin Ellacott. The first of these, The Cuckoo’s Calling, was published to critical acclaim in 2013, at first without its author’s true identity being known. The Silkworm followed in 2014, Career of Evil in 2015 and Lethal White in 2018. All four books have been adapted for television by the BBC and HBO. The fifth book, Troubled Blood, is now out and was also an instant bestseller.

J.K. Rowling’s 2008 Harvard Commencement speech was published in 2015 as an illustrated book, Very Good Lives: The Fringe Benefits of Failure and the Importance of Imagination, sold in aid of Lumos and university-wide financial aid at Harvard.

In 2020, J.K. Rowling released in free online instalments, The Ickabog, an original fairy tale, which she wrote over ten years ago as a bedtime story for her younger children. She decided to share the personal family favourite to help entertain children, parents and carers confined at home during the Covid-19 lockdown.

The story is now published as a book (hardback, ebook and audio) in the English language, and is translated into 26 languages, each edition with its own unique illustrations by children. J.K. Rowling is donating her royalties from The Ickabog to her charitable trust, The Volant Charitable Trust, to assist vulnerable groups who have been particularly impacted by the Covid-19 pandemic in the UK and internationally.

J.K. Rowling’s latest children’s novel, The Christmas Pig, is out now. Illustrated by Jim Field, it’s the story of a little boy called Jack, and his beloved toy, Dur Pig, and the toy that replaces Dur Pig when he’s lost on Christmas Eve – the Christmas Pig. Together, Jack and the Christmas Pig embark on a magical journey to seek something lost, and to save the best friend Jack has ever known.

As well as receiving an OBE and Companion of Honour for services to children’s literature, J.K. Rowling has received many other awards and honours, including France’s Legion d’Honneur, Spain’s Prince of Asturias Award and Denmark’s Hans Christian Andersen Award.

Follow The Link Below To Purchase “J.K. Rowling – The Ickabog Kindle Edition”