“Beloved by millions, this timeless classic holds the key to all you desire and everything you wish to accomplish. This is the book that reveals the secret to personal wealth.”

The Richest Man in Babylon 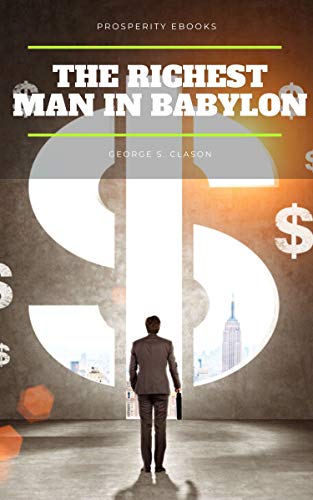 Countless readers have been helped by the famous “Babylonian parables,” hailed as the greatest of all inspirational works on the subject of thrift, financial planning, and personal wealth. In language as simple as that found in the Bible, these fascinating and informative stories set you on a sure path to prosperity and its accompanying joys.

Acclaimed as a modern-day classic, this celebrated bestseller offers an understanding of — and a solution to — your personal financial problems that will guide you through a lifetime. This is the book that holds the secrets to keeping your money — and making more.

The Richest Man in Babylon: Read it and recommend it to loved ones—and get on the road to riches.

George S. Clason was born in Louisiana, Missouri, on November 7, 1874. He attended the University of Nebraska and served in the United States Army during the Spanish- American War. Beginning a long career in publishing, he founded the Clason Map Company of Denver, Colorado, and published the first road atlas of the United States and Canada. In 1926, he issued the first of a famous series of pamphlets on thrift and financial success, using parables set in ancient Babylon to make each of his points. These were distributed in large quantities by banks and insurance companies and became familiar to millions, the most famous being “The Richest Man in Babylon,” the parable from which the present volume takes its title.

Top 10 lessons from the Richest Man In Babylon

During his eighty two years he was a soldier, businessman and writer. He served in the United States Army during the Spanish-American War.

George Clason is best known for writing a series of informational pamphlets about being thrifty and how to achieve financial success. He started writing the pamphlets in 1926, using parables that were set in ancient Babylon. Banks and insurance companies began to distribute the parables, and the most famous ones were compiled into the book The Richest Man in Babylon. Clason’s book “Gold Ahead” was renamed as The Richest Man in Babylon. Clason was married twice, the first time to Ida Ann Venable and the second to Anna Burt.
Bio from Wikipedia, the free encyclopedia.

Follow The Link Below To Purchase “George S. Clason- The Richest Man in Babylon Kindle Edition”