About The Hundredth Queen (4 Book Series) 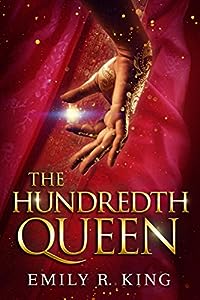 In Emily R. King’s thrilling fantasy debut, an orphan girl blossoms into a warrior, summoning courage and confidence in her fearless quest to upend tradition, overthrow an empire, and reclaim her life as her own.

As an orphan ward of the Sisterhood in the ancient Tarachand Empire, eighteen-year-old Kalinda is destined for nothing more than a life of seclusion and prayer. Plagued by fevers, she’s an unlikely candidate for even a servant’s position, let alone a courtesan or wife. Her sole dream is to continue living in peace in the Sisterhood’s mountain temple.

But a visit from the tyrant Rajah Tarek disrupts Kalinda’s life. Within hours, she is ripped from the comfort of her home, set on a desert trek, and ordered to fight for her place among the rajah’s ninety-nine wives and numerous courtesans. Her only solace comes in the company of her guard, the stoic but kind Captain Deven Naik.

Faced with the danger of a tournament to the death—and her growing affection for Deven—Kalinda has only one hope for escape, and it lies in an arcane, forbidden power buried within her. 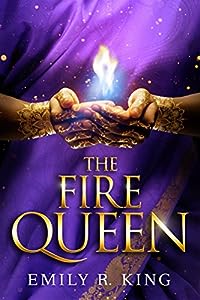 In the second book in The Hundredth Queen Series, Emily R. King once again follows a young warrior queen’s rise to meet her destiny in a richly imagined world of sorcery and forbidden powers.

Though the tyrant rajah she was forced to marry is dead, Kalinda’s troubles are far from over. A warlord has invaded the imperial city, and now she’s in exile. But she isn’t alone. Kalinda has the allegiance of Captain Deven Naik, her guard and beloved, imprisoned for treason and stripped of command. With the empire at war, their best hope is to find Prince Ashwin, the rajah’s son, who has promised Deven’s freedom on one condition: that Kalinda will fight and defeat three formidable opponents.

But as Kalinda’s tournament strengths are once again challenged, so too is her relationship with Deven. While Deven fears her powers, Ashwin reveres them—as well as the courageous woman who wields them. Kalinda comes to regard Ashwin as the only man who can repair a warring world and finds herself torn between her allegiance to Deven and a newly found respect for the young prince.

With both the responsibility to protect her people and the fate of those she loves weighing heavily upon her, Kalinda is forced again to compete. She must test the limits of her fire powers and her hard-won wisdom. But will that be enough to unite the empire without sacrificing all she holds dear? 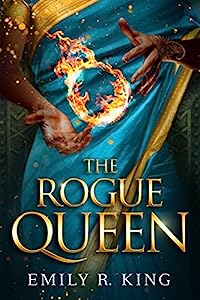 In the explosive third volume of The Hundredth Queen Series, the queen of fire faces off against a demon of ice.

Despite the odds, Kalinda has survived it all: Marriage to a tyrant. Tournaments to the death. The forbidden power to rule fire. The icy touch of a demon.

That same demon now disguises itself as Rajah Tarek, Kalinda’s late husband and a man who has never stopped haunting her. Upon taking control of the palace and the army, the demon brands Kalinda and her companions as traitors to the empire. They flee across the sea, seeking haven in the Southern Isles.

In Lestari, Kalinda’s powers are not condemned, as they are in her land. Now free to use them to protect those she loves, Kalinda soon realizes that the demon has tainted her with a cold poison, rendering her fire uncontrollable. But the lack of control may be just what she needs to send the demon back to the darkest depths of the Void.

To take back the empire, Kalinda will ally with those she distrusts—and risk losing those most loyal to her—to defeat the demon and bring peace to a divided nation. 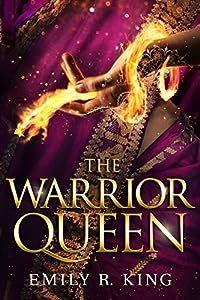 In the final volume of The Hundredth Queen Series, Kalinda will risk everything to save the man she loves.

Kalinda has brought peace to the Tarachand Empire, at least for now. Bhutas no longer need to hide their gifts. The last of the rebels have been banished. And Prince Ashwin is set to take over as rajah.

But for Kalinda, this all came at a great loss. Her childhood home. Her best friend. The love of her life.

Deven is still trapped in the Void, although he is able to find his way to Kalinda each night. He has been lucky so far—mortals are not meant to last in the Void for long, and Deven has lasted longer than most. But when he doesn’t visit her one night, Kalinda knows that his luck has run out.

She will do whatever it takes to save the man she loves, even if it means convincing a god to guide her through the Void. Freeing a mortal from the Void is nearly impossible, but Kalinda has never let those odds stop her before…

About The Author: Emily R. King 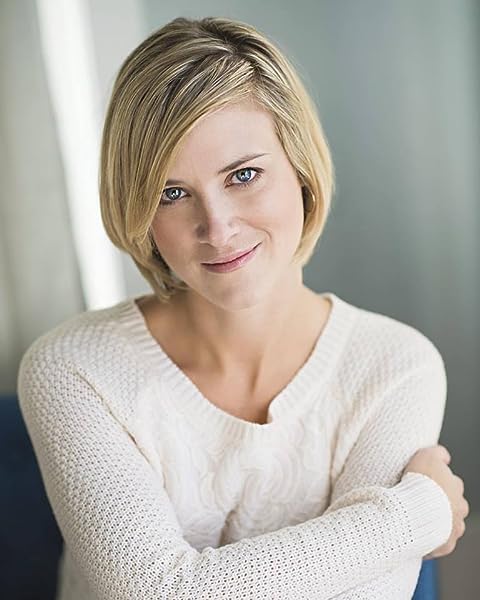 Emily R. King is a reader of everything and a writer of fantasy. Born in Canada and raised in the USA, she has perfected the use of “eh” and “y’all” and uses both interchangeably. Shark advocate, consumer of gummy bears, and islander at heart, Emily’s greatest interests are her four children. She’s a member of the Society of Children’s Book Writers and Illustrators and an active participant in her local writers’ community. She lives in Northern Utah with her family and their cantankerous cat.