“This is a rare first novel that not only is well written and crafted by a confident author but is also solidly based on research and the life experiences of the author…Engaging and superbly executed” Historical Novel Society Review.

Book 1 Of Talon: Assassins of Alamut 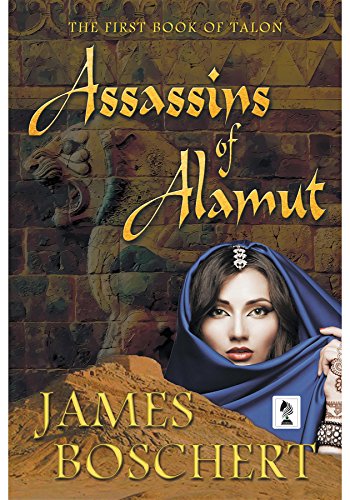 Talon de Gilles, son of a Christian knight of Jerusalem during the time of the Crusades, is only 13 when ferocious Saracens attack his family’s caravan and take him captive. Instead of selling him into slavery, slaying him for their amusement or ransoming him, his captors impose a dire fate upon the boy, forcing Talon to become one of them, an Assassin of the Ismaili, the most feared and hated sect in all of Persia, and beyond.

The Master of the Ismaili has plans for this young ferengi, who will be able to pass unnoticed among Europeans to reach targets that not even the most skillful Saracen could approach unchallenged – if he survives his training and initiation. But when Talon, his friend Reza, and Rav’an, the Master’s own sister, discover treachery in the stronghold of Alamut, they must flee, using all their skills to evade the ruthless assassins who are sent to hunt them down, from the frozen wastes of snow-laden mountain passes to the flowering gardens of Isfahan and beyond. 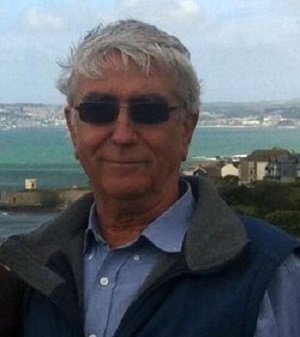 James Boschert grew up in the then colony of Malaya during the post war Communist insurgency. His school was burned down by the CCO and later he and his family survived an ambush with the help of a Gurkha patrol. He joined the British army at 15 and returned to Malaya as a Rifleman at 18 and served in the dense jungles of Borneo and Malaya for almost four years. Later on he went on to serve in Germany, the Middle East in Cyprus and Oman and finally in Iran, escaping the revolution in 1979. He explored the castles of the Assassins in the wild northern mountains of Iran and found himself in a Chieftain tank under fire from Iraqi tanks in 1974 during an incursion by Iraq. He played polo with the Shah’s army and considers it the best, wildest game there is. Better even than parachuting and lasts a lot longer anyway!

He is the author of the popular Talon Series. Set in twelfth-century Palestine, the novels follow the adventures of a young Frankish boy, captured on a pilgrimage and raised as a Hashashin Assassin in Persia. Talon’s adventures include: “Assassins of Alamut,” “Knight Assassin,” “Assassination in Al-Qahirah,” “Greek Fire,” “A Falcon Flies,” and “The Dragon’s Breath.” Boschert is also the author of “When the Jungle Is Silent,” a novel about the 1960s jungle wars in Malaysia based on his experience as a young soldier in Borneo, and “Force 12 in German Bight,” a thriller aboard a tanker in the stormy North Sea

Follow The Link Below To Purchase “Book 1 Of Talon: Assassins of Alamut, Kindle Edition”