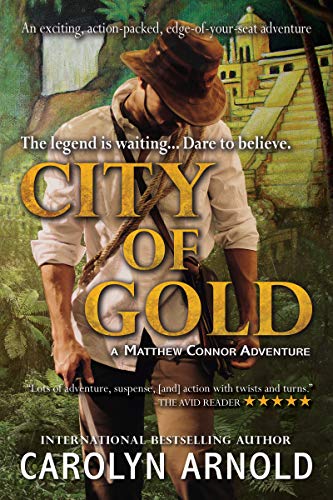 Finding the Incas’ lost City of Gold would be the discovery of a lifetime. But failing could mean her death…

Archaeologist Matthew Connor and his friends Cal and Robyn are finally home after a dangerous retrieval expedition in India. While they succeeded in obtaining the priceless Pandu artifact they sought, it almost cost them their lives. Still, Matthew is ready for the next adventure. Yet when new intel surfaces indicating the possible location of the legendary City of Gold, Matthew is hesitant to embark on the quest.

Not only is the evidence questionable but it means looking for the lost city of Paititi far away from where other explorers have concentrated their efforts. As appealing as making the discovery would be, it’s just too risky. But when Cal’s girlfriend, Sophie, is abducted by Matthew’s old nemesis who is dead-set on acquiring the Pandu statue, Matthew may be forced into action. Saving Sophie’s life means either breaking into the Royal Ontario Museum to steal the relic or offering up something no one in his or her right mind would refuse—the City of Gold.

Now Matthew and his two closest friends have to find a city and a treasure that have been lost for centuries. And they only have seven days to do it. As they race against the clock, they quickly discover that the streets they seek aren’t actually paved with gold, but with blood.

City of Gold is an exciting, action-packed, edge-of-your-seat adventure that’s akin to an Indiana Jones story set in modern times. It’s light on history and heavy on action, suspense, and intrigue. Buy this international bestselling book today and strap yourself in for an action-packed good time! 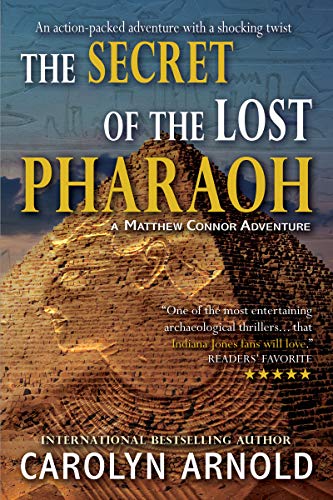 The Secret of the Lost Pharaoh: An action-packed adventure with a shocking twist (Matthew Connor Adventure series Book 2) Kindle Edition

In Egypt’s Western Desert lies the tomb of an unnamed pharaoh that hides a secret so powerful, it could destroy the world as we know it.

Archaeologist and adventurer Matthew Connor has made a career of finding legends the world has all but forgotten. Though there’s one in particular that has fascinated him for years—the Emerald Tablets. Myth says that they possess the knowledge of the universe, allowing humankind to traverse Heaven and Earth, and have the power to bestow wealth and wisdom upon whoever possesses them. But if they fall into evil hands, it could cause a global disaster.

So when a former colleague stumbles across an ancient Egyptian hieroglyphic map that promises to lead to a pharaoh’s tomb and the Emerald Tablets, there’s no way he’s turning down her invitation to join the dig. He only has one stipulation: his best friends Robyn Garcia and Cal Myers come with him.

The road ahead isn’t going to be an easy one, and their shared dream of recovering the Emerald Tablets is being crushed at every turn. And just when they think it’s all over, they learn there are a few clues they have overlooked. But they’re no longer the only ones searching for the Tablets. Now, the fate of the world hangs in the balance, and soon they’ll find out that when it comes to hunting legends, they can’t trust anyone.

The Secret of the Lost Pharaoh is an action-packed adventure with a shocking twist that Indiana Jones fans will love. It’s light on history and heavy on action, suspense, and intrigue. Buy this international bestselling book today and strap yourself in for an action-packed good time! 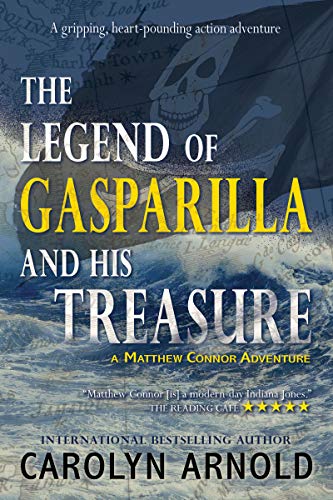 The beam of his flashlight bounces off the walls but does little to brighten the hidden room he just found. In the corner is a centuries-old desk. His heart hammering, he walks over to it and opens the top drawer. What he finds inside will change his future—and the world’s—forever.

For centuries, the existence of Spanish pirate José Gaspar has been relegated to legend, but archaeologist and adventurer Matthew Connor and his two best friends may have just found reason to believe the buccaneer truly existed. They’re in Washington, DC, to mark the opening of an exhibit at the Smithsonian Museum of Natural History when a mysterious stranger turns up claiming he may hold the key to the mythical pirate’s treasure and invites them to join in his quest to find it.

Rumored to have sailed and plundered the Gulf of Mexico and the Spanish Main during the late eighteenth and early nineteenth centuries, Gaspar would have amassed a vast fortune. But with only the stranger’s word and a token of proof, Matthew is intrigued but not sold—until it becomes personal. There’s an interested third party, and they’re willing to kill for the pirate’s bounty.

What ensues is a globe-trotting adventure that will take Matthew and his friends across the world and back again. Danger lurks around every corner as does betrayal, suspicion, and murder. Can anyone be trusted, and will they survive long enough to find out?

The Legend of Gasparilla and His Treasure is a gripping, heart-pounding action adventure that’s akin to a modern-day Indiana Jones story. It’s light on history and heavy on action, suspense, and intrigue. Strap yourself in for a wild ride and buy this international bestselling book today!

CAROLYN ARNOLD is an international bestselling and award-winning author, as well as a speaker, teacher, and inspirational mentor. She has four continuing fiction series—Detective Madison Knight, Brandon Fisher FBI, McKinley Mysteries, and Matthew Connor Adventures—and has written nearly thirty books. Her genre diversity offers her readers everything from cozy to hard-boiled mysteries, and thrillers to action adventures.

Both her female detective and FBI profiler series have been praised by those in law enforcement as being accurate and entertaining, leading her to adopt the trademark: POLICE PROCEDURALS RESPECTED BY LAW ENFORCEMENT™.

Carolyn was born in a small town and enjoys spending time outdoors, but she also loves the lights of a big city. Grounded by her roots and lifted by her dreams, her overactive imagination insists that she tell her stories. Her intention is to touch the hearts of millions with her books, to entertain, inspire, and empower.

She currently lives just west of Toronto with her husband and beagle and is a member of Crime Writers of Canada and Sisters in Crime.